‘Out of the Suitcase IV’ ran through October 8 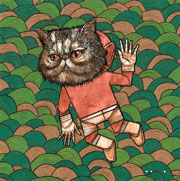 Each year, the Mary L. Nohl fund helps 15-20 Milwaukee-area artists take their art to venues around the world. “Out of the Suitcase IV: Works by Recent Recipients of the Mary L. Nohl Suitcase Awards” opened August 20 at MIAD to show works by artists who received awards over the last two years. Jointly curated by Bruce Knackert, Director of the University of Wisconsin-Milwaukee’s INOVA gallery, and Mark Lawson, MIAD Gallery Director, the exhibition runs through October 8.

“The idea is of the Suitcase Awards is to help artists and their artwork travel to locations outside of Milwaukee, to get Milwaukee’s artwork out into the world,” Lawson said. “Through the grants, the exhibiting artists showed their works from Africa, Europe and Asia to venues in the United States.”

“We want to promote the Nohl program and promote the artists within Milwaukee as well,” Lawson said of the exhibition. “It shows just how diverse and vibrant the Milwaukee art scene is.” 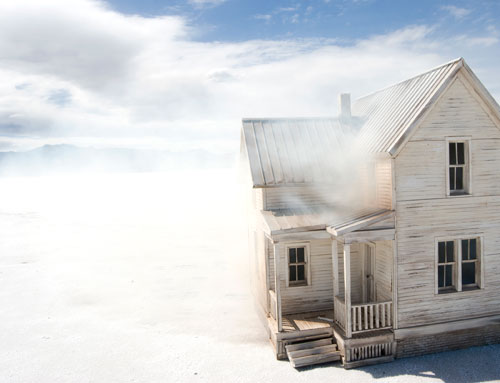 Cipov ’99 (Illustration) exhibited three mixed-media pieces from his “Masked Boy” series 2011. He has sold art in boutiques and galleries, worked with magazines and record labels, and provided art for set design in movies. The NBC TV series “Parenthood” has signed Cipov for permanent set decoration. Exhibited and serving clients worldwide, his current work centers on a large-scale art installation for the Chicago Children’s Hospital. Through the Suitcase grant, he exhibited 160 drawings in Vienna, Austria.

Schleicher ’01 (Sculpture and Communication Design) exhibited two photographs, “My Grandfather is a fisherman” and “The Fishermen Are in Port.” She exhibited the photographs as part of the Suitcase grant in Coos Bay, Ore. She also works in stoneware clay with an ancient glazing technique called Majolica. She owns VL Schleicher Sculptures Studio and BuyLocalArtWisconsin.com. Schleicher strongly believes that her contributions to the community also come from her activities, bringing avenues for others to emerge, participate and promote art.

Willey ’04 (Drawing) exhibited an installation piece called “Net,” which was shown as part of a solo show in Rockford, Ill. His works allude to the cosmos, creating pieces that start at the human scale and aim toward the sublime. His recent community work with IN:Site, a group that fosters temporary art around Milwaukee’s environmental issues and infrastructure needs, is on view this summer. 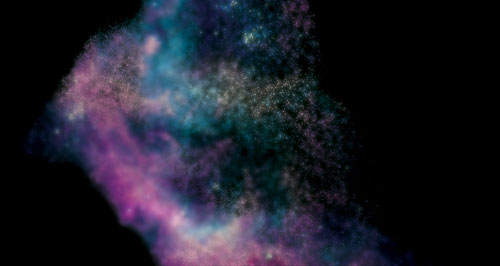 “XXXXX” opened Friday, September 23 in the student-run Erie Street Gallery. It features the work of Sean Cairns ’11 (Sculpture) and MIAD Sculpture Lab Technician Branden Martz. According to Alexis Auvert, the gallery’s curator, it is an exhibition that possesses more questions than answers. The exhibition is inspired by human projection as a form of constructive curatorial viewership. The exhibition runs through October 17.