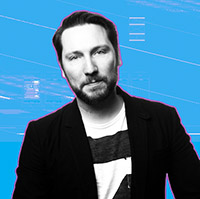 “…in the second grade, I won first prize in the science fair for building a really kick-ass volcano.”

Michael DelGaudio is motivated to learn about how people exist with, adapt to, and reinvent technology. By creating work which engages users aesthetically and conceptually, his aim is to rethink people’s everyday experiences with technologically inspired products. As a post-medium designer, Michael’s work ranges from mobile software to highly conceptual interactive installations. 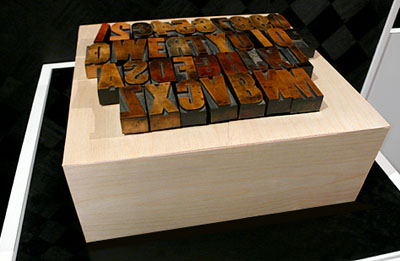 Alphabet Machine is a kinetic sculpture that allows viewers to see and hear the rhythm and pentameter of text. Digital text is the primary communication vehicle of the 21st century. Whether it comes in the form of email or hypertext, digital information has no physical presence. This is an obvious difference from printed communication that not so long ago was our primary communication vehicle. The Alphabet Machine attempts to recover this loss of physicality. The text orchestrated through the device, Gutenberg’s bible, remind us of the loss of physicality in communication in the digital era. 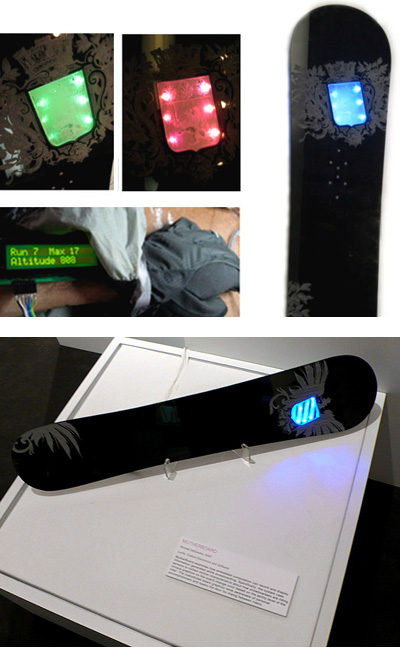 MutherBoard examines how embedded computation can record and display information generated while snowboarding. Specifically, the system uses sensors to collect motion characteristics about how snowboarders are riding. Unique graphics on the board change color based on the ability level of the rider. The customized board graphics raise awareness of personal accomplishment and opens the door for dialog between riders. 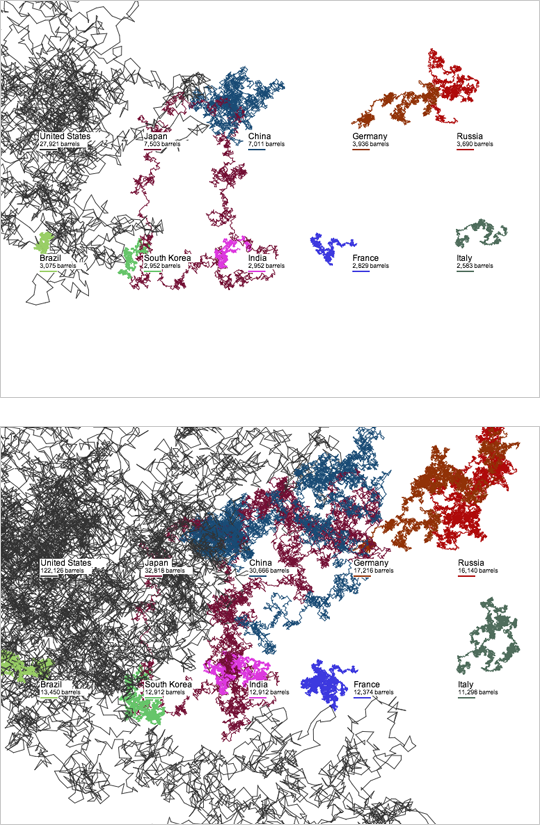 World Oil Clock is a series of line drawings generated using oil consumption data based on each country’s daily consumption rate. In this example, the top ten consumers of oil are used to create the composition. The predatory nature of consuming at a higher rate becomes obvious as countries which consumer more oil dominate the screen and search out new areas in which they can consume. 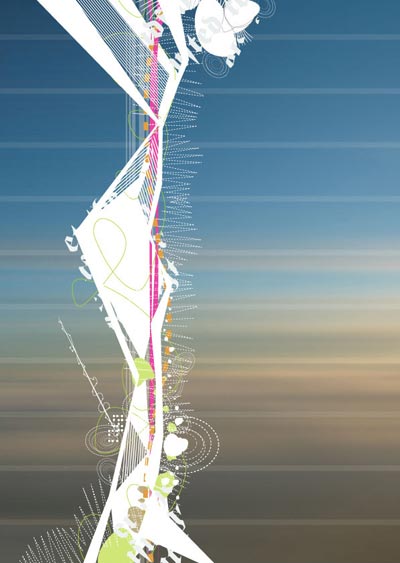