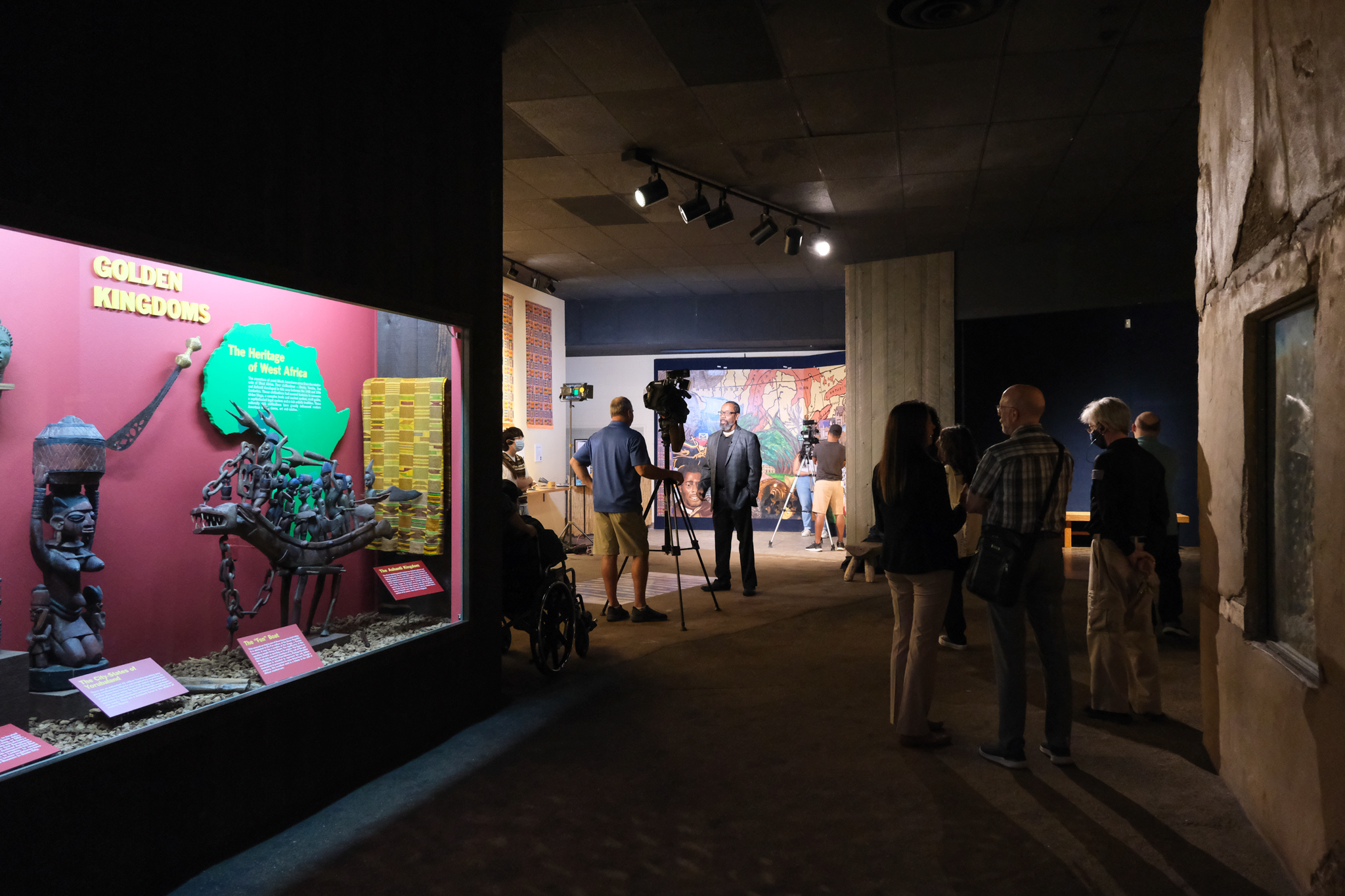 For senior Genesis Peña (Illustration), the process of designing and creating a mural for the Milwaukee Public Museum (MPM) “provided a great opportunity to link Milwaukee history to the trajectory of people from Africa into the America’s.”

“Journeys from Africa to Milwaukee: Black Resistance and the Fight for Freedom” was unveiled September 1 at the museum’s Africa Gallery. The mural comprises three panels, each representing 100 years of history. Its unveiling culminated a collaborative process among eight MIAD student interns from several majors, Professor Brad Anthony Bernard ’93, MPM and community members. “We all brainstormed collectively, and Brad gave us some topics to help us with the research and ideation of the project,” Peña says.

See the mural and a key to its symbols, people, events and places.

Get to know Professor Bernard and the students as they worked on early stages of the mural this summer and he shares his approach to their careers. 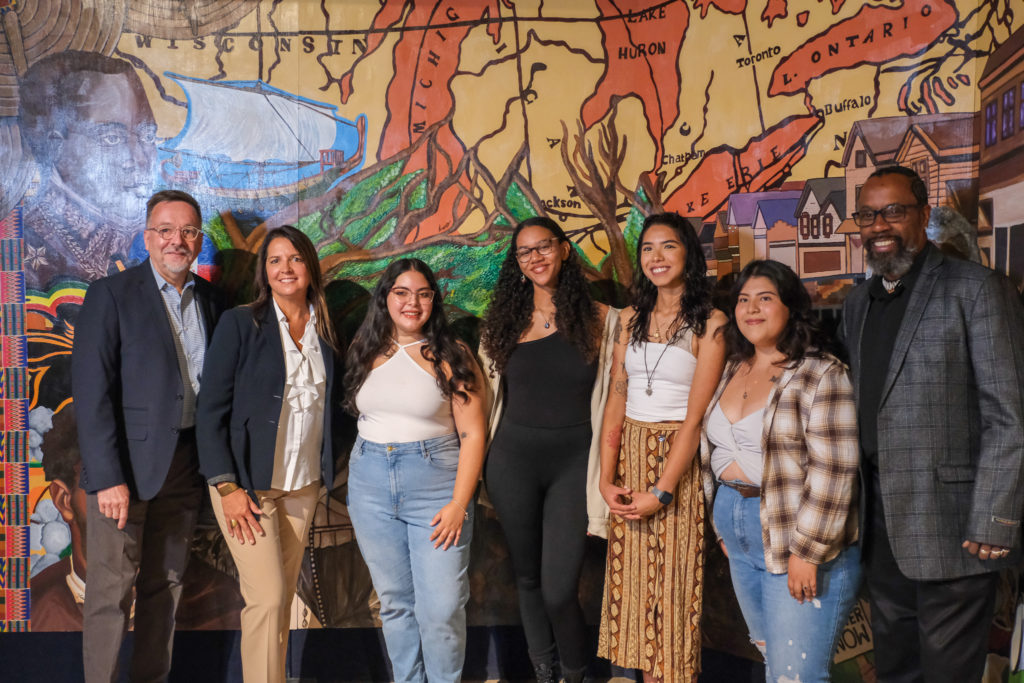 “We wanted to add so much,” says Luis Velasquez ’23 (Communication Design), “but we quickly realized it would be more complicated the more we added so we spoke with Brad a lot and MPM to really nail down what imagery … could work in conjunction to best explain how extensive this history is and how it’s made its way all over the planet, including Milwaukee.”

“It was very exciting to get a sense of what it’s like to manage a project that involved multiple hands. The final image was a result of both our original ideas and requests from MPM,” Peña adds.

Both students hope the mural will increase visitors’ understanding and empathy. “I hope visitors see the history with a more empathetic eye,” says Peña. “The way history is often taught, this section of history isn’t often highlighted or discussed and I’m hoping that this mural can open conversation.”

MPM concurs. “The artists included historical figures such as Harriet Tubman, Vel Phillips and Nelson Mandela, and events such as The Haitian Revolution. They also included elements from Milwaukee’s Bronzeville neighborhood and America’s Black Holocaust Museum,” says Dawn Koceja, MPM’s Community Engagement and Advocacy Officer, in a press release.  “It’s a rich tool that will excite learners of all ages through art.” As part of the grant that provided the paid internships, the museum is developing educational resources this fall that directly connect school curriculum to elements depicted in the mural.

“This is a great opportunity to allow this mural to be a catalyst for a curriculum,” Bernard, a well-known artist/educator, notes to onmilwaukee.com.