MIAD’s Industrial Design program was named No. 10 in the nation in an annual ranking by the DesignIntelligence journal.

The rankings were generated from a survey of 220 leading firms throughout the United States. Organizational participants were questioned about which programs are best preparing students for professional practice.

MIAD remains committed to innovation within the program, which begins with outstanding faculty and outside partners who provide students with real-world experiences and opportunities in the design world. 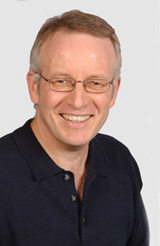 Associate Professor of Industrial Design John Caruso has judged the World Kitchen Design Competition, will serve as a juror on the Appliance Design Panel in January and is currently designing cast iron cookware and stoves.

He recently received an Industrial Design Excellence Award for his part in developing Rapid Flood Deployment Wall barriers for Geocell Systems. Caruso also works with Eastman Plastics on market development, delivered a juried paper on the interface of aviation landing systems in August, and serves as the Midwest District Vice President of the Industrial Designers Society of America (IDSA).

ID Professor Pascal Malassigné (FIDSA) is a past regional vice president of the IDSA who holds five U.S. patents for adaptive assistive devices, such as wheelchairs and prone carts. Internationally recognized in this area, he recently discussed the development of mobility carts for spinal cord injured veterans in an interview for a national TV show.

Malassigné, who was named one of the Most Admired Design Educators in 2006 by DesignIntelligence, is currently working on a proposal to the Department of Veterans Affairs to design accessible showers and bathtub seat inserts for people with disabilities and the elderly.  He is also involved with the National Institute of Health.

In spring 2011, for the 15th year, through a program Malassigné helped to found, Industrial Design juniors will partner with Milwaukee Public Schools to design personalized assistive products for differently-abled students.

This fall, students are collaborating with Master Lock, Delta Faucet and Fiskars to design a variety of products. One class has partnered with Fiskars to create universal cutting tools. Another class is designing kitchen and bath faucets for Delta.

The ID program rankings are listed in the November/December 2010 issue of DesignIntelligence.