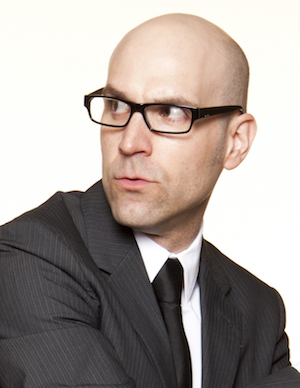 In Schrab’s public presentation, “Embrace the Dumb: The Rob Schrab Experience,” he will share his quirky take on career success and failure. “You’ve got to go through difficult things. It’s what shapes you,” he said.

Schrab’s presentation also will provide an all-access pass into his creative process and career, where he will show clips of his work and discuss how he’s been in the right place, at the right time to take advantage of opportunities for writing, directing and producing TV shows (including “Ghosted,” which premiered on FOX this fall, and “The Sarah Silverman Program”), feature films and digital media.

The public presentation, which will be followed by a Q&A session, is part of a three-day, in-depth residency on campus, engaging with students in a variety of classes.

About the MIAD Creativity Series:

The MIAD Creativity Series brings distinctive and internationally renowned creatives to Milwaukee from a broad spectrum of the visual arts to enrich the experiences of MIAD students while engaging the community in new ways of thinking about, and appreciating, the arts and the world of design.

Schrab’s public presentation for the MIAD Creativity Series is free and open to the public. Doors open at 5:30 p.m. Seating is first-come, first-served.

Generously sponsored by the Argosy Foundation