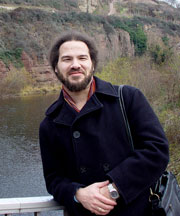 Once upon a time, an enchanted insurance company met a charming illustrator. They traveled far and wide, fought convention, and in the end, lived happily ever after.

“It was literally like, ‘THE SMITHSONIAN?’ I thought there had to be another Smithsonian. But, they actually want a copy to be in their collection,” Boyd said, recalling his reaction to the news. “It’s one of the greatest awards I’ve received in my life.”

The annual report also recently made the Clio Awards Shortlist 2011. 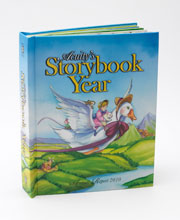 Boyd, 40, became involved with the project through his friendship with Dufour’s Creative Director Drew Foerster. Boyd gives much credit for the book to Foerster and paper engineer Andrew Baron for their work.

“It’s like no other book I’ve ever done. I’m a very visual person. With a pop-up book it’s different. You’re not painting a 2-D image. There are all these different images to look at,” Boyd said. “It took about halfway through before I started getting the feel of it.”

Since graduating, Boyd has traveled the world doing freelance illustration, with a focus on illustrating children’s books – about 20 to date. He also creates artwork for board games and children’s magazines.

The pop-up book and his previous illustration work have turned Boyd’s childhood dreams into something more than fairytales. He had decided to become an artist at the age of 6 while studying the illustrations of two of his favorite books.

“When I was 6, there were two books I took out every week, ‘Strega Nona’ and ‘Funny Little Woman.’ I never read them,” Boyd said.

Boyd, who lives on Milwaukee’s east side, credits MIAD for helping to expand his perspective. He recalls one of his first assignments, one that students thought was too restricting. During the critique, one student’s piece seemed to have more than the two colors the assignment allowed. The other students then realized there was another way to do the assignment, by mixing those two colors. Through that assignment and the many others to follow, Boyd’s artistic vision expanded significantly.

“This is my favorite book to date. It’s a sculpture, a work of art. I didn’t realize how good it was until people started seeing it,” Boyd said. “It was very exciting.” 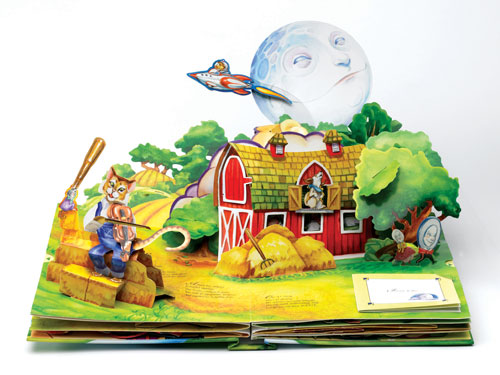