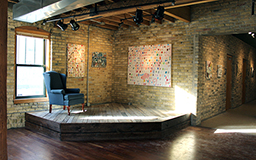 After graduating, Renée Navis ’12 and Josh Hintz ’12 craved the collective influence and supportive community cultivated at MIAD – which is exactly what they intended to recreate when they opened the doors of Var Gallery & Studios.

Var Gallery & Studios started as a small collective of MIAD alumni who band together to afford a studio space where they could collaborate and inspire each other to push their artistic boundaries. They soon found themselves expanding to their current Walker’s Point location, where they have a total of 23 artists in open and closed studio spaces – many of them also MIAD alumni.

“This space was needed for artists who were pining for this type of community,” said Navis who considers Var to be a mix of business and family.

While Var provides artists with the space to work, display their art and build their audience, their artists also gain a priceless collaborative and supportive community. 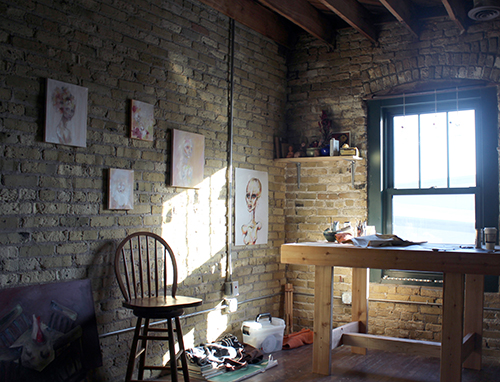 Var Gallery & Studios strives to work with emerging artists who have a consistent and serious artistic practice, and are looking to enhance their careers. They work with artists to develop their own aesthetic identity, collaborate on group projects and introduce new audiences to the artists’ work.