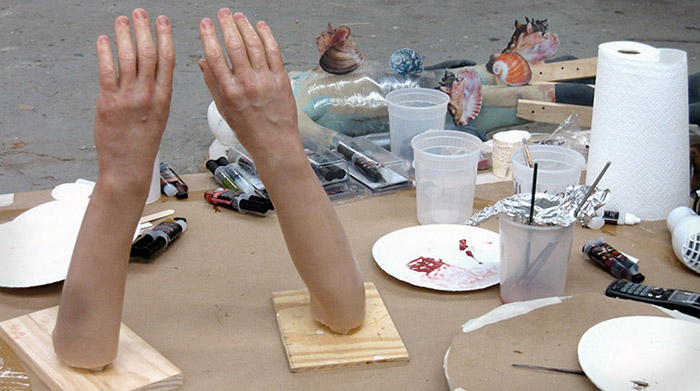 “Tony Matelli is a trickster, a trader in combinatory illusions, a skilled manipulator of the restless mediation between metaphor, meaning and truth.”1

After graduating from MIAD as a Sculpture Major, Tony Matelli certainly didn’t waste any time establishing himself as one of the world’s most significant contemporary artists. He attended graduate school, and soon became a national and international wonder showing work in places such as Sweden, France, Italy, and New York. “I make work that speaks of the need and the frustration of trying to locate oneself in an already set world. My work frequently depicts things finding wayward means of survival.”2

Matelli’s work has been described as playful, sarcastic, dark, witty, intellectual, even vulgar. His hyper-real sculptures and installations invite viewers to look at slices of life (whether personal, environmental, social, or cultural) that are often overlooked, ignored, or altogether avoided. Through his work Matelli forces us to reexamine ourselves, our humanness, including all our faults, insecurities, and imperfections. 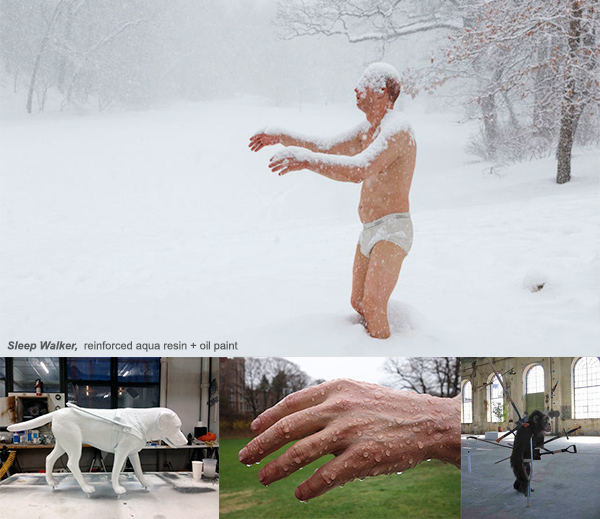