Photo seniors step out of Midwest as curators

The Perspectives Gallery on MIAD’s second floor may not be the largest public gallery in the college, but its student curators have crossed new boundaries, both physically and contextually, in mounting exhibitions throughout the year for their Photography Thesis.

“Contemporary Luminaries,” on view through March 13, is the culmination of a year of research, inspiration and tough decisions on the part of all three seniors. It will have an opening reception Friday, February 17, from 6:30 – 9 p.m. in the gallery.

Looking for a place to begin, the women thought about where their inspiration comes from and which photographers fell into a category that combines inspiration and admiration. They also wanted to be sure that the photographers’ works being shown had a contextual relationship, and “would flow.”

Their decision-making process was helped by the fact that photography students view a great amount of work, said Hughes. Students are “constantly looking at everybody who’s out there. You can draw on similarities that you have with those people who are already making work,” added Scannell. 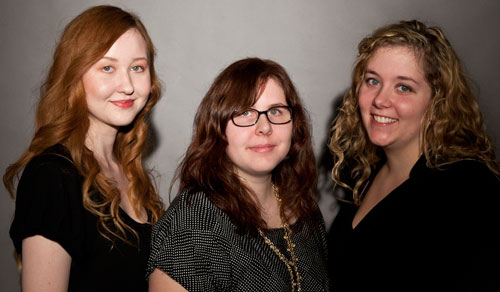 As their “inspiration” folder grew – Hughes laughingly said, “I think I just put about six more [photos] in” – the women decided that they wanted to reach beyond the Midwest and say to people:  “Look at what these artists are doing, and how they connect to each other.’”

To get work from Los Angeles and Oakland, where two of the photographers are based, the three women made a list of the three artists they admired the most and wanted in the show. Even though Scannell and Weiland had connections with two of the chosen photographers – Scannell had previously met Moore and Weiland interned for Greenberg – they were still worried about getting turned down and used MIAD’s name when pitching the exhibition to the photographers.

Scannell said, “We really wanted to take advantage of putting MIAD’s name behind [our project] because you usually can’t just e-mail photographers. The worst that could happen would be for the photographers to say no, but luckily they all said yes.” After e-mailing the artists, the women remained in almost constant contact with the photographers’ assistants.

Locking in the artists was just the beginning, as the women started to choose what work to feature in the exhibition. They were extremely precise in their selections, explaining, “Each body of work had a connection. We were intentional in going through each artist and finding what images best represented their work, and what would flow.”

Works from the series of Hido’s “Landscapes,” Moore’s “Detroit Disassembled” and Greenberg’s “End Times” are featured in the exhibition. 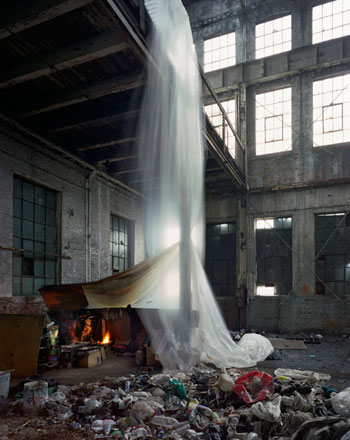 All three seniors are excited their work on “Contemporary Luminaries” for several reasons.

“We are able to add this experience to our professional careers, and this will even help if we want to show in galleries,” said Weiland.

They also hope viewers from all disciplines will “have their eyes opened up to photographs that [photography students] take for granted because we view them all the time,” Scannell said.

And they all answered with a resounding “YES!” when asked if they would want to continue work as a curator.