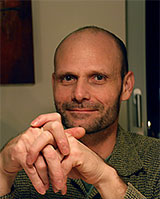 I am most excited about being in a show with the late David Foster Wallace, his writing is an inspiring mix of human/genius.

Paul Druecke, a Milwaukee-based artist, was recently selected to participate in the 2014 Whitney Biennial. Chief Curator and Deputy Director of Programs at the Whitney Donna De Salvo calls the exhibit “one of the broadest and most diverse takes on art the Whitney has offered in many years.”

Exhibition co-curators Michelle Grabner, Anthony Elms and Stuart Comer each are responsible for their own floor of the exhibition, creating an interesting configuration for the show. 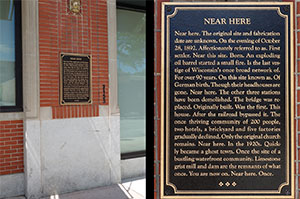 “Having two curators, Grabner and Elms, familiar with art production in the Midwest is significant for the region. It’s that familiarity that allowed Michelle Grabner to identify an opportunity well-suited to my interests in commemoration, time and authority,” said Druecke.

Druecke is collaborating with poet Donna Stonecipher and said, “She’s an amazing writer. On the strength of her writing ability, our work connects to the exhibition’s larger, literary themes.” 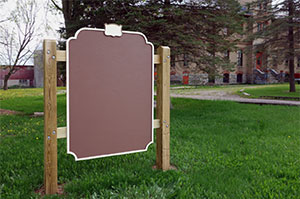 Goldstein categorizes Druecke’s work with social media artists. “Social Event Archive prefigured the now-common digital platforms that enable individuals to publicly share photos and information once confined to personal histories. It was exhibited at MIAD in 2000.” Druecke explained, “Grouping me with social media artists is the perfect set up for what I am, and am not, contributing to the Biennial.”

“My work engages social systems beyond the gallery, museum and art world at large. I’m approaching the Biennial, in all its momentousness, as a great opportunity for another project. I’m honored to be included. The bar is extremely high because the exhibition brings together so much talent, but ultimately, it’s my practice, and my history, that will be the context of what I contribute.”

“There is a strong literary presence in this Biennial. I am most excited about being in a show with the late David Foster Wallace, his writing is such an inspiring mix of human/genius. I certainly aspire to the complex mix of humor, awareness and the provocation that his work embodies, especially the collection of essays in Consider the Lobster,” said Druecke.

He added, “This opportunity has been a powerful reminder of how much support I’ve had over the years. I really don’t have the words to express my gratitude.”

The 77th Whitney Biennial is March 7 – May 25 at the Whitney Museum of American Art, New York City.