‘Out of the Suitcase VI’ brings talent home

The Suitcase Fund, awarded to 15 – 30 Milwaukee-area artists annually, assists with travel expenses associated with the creation and exhibition of their work, and artists gain exposure at venues worldwide.

On view in the Frederick Layton Gallery, MIAD’s biannual Out of the Suitcase exhibition series showcases the art created and/or exhibited by awardees within the previous two years.

“This exhibition promotes the ongoing success of the Greater Milwaukee Foundation’s Mary L. Nohl Suitcase Fund, and is a great showcase for the diversity and talent of area artists,” said MIAD’s Director of Galleries and curator Mark Lawson. 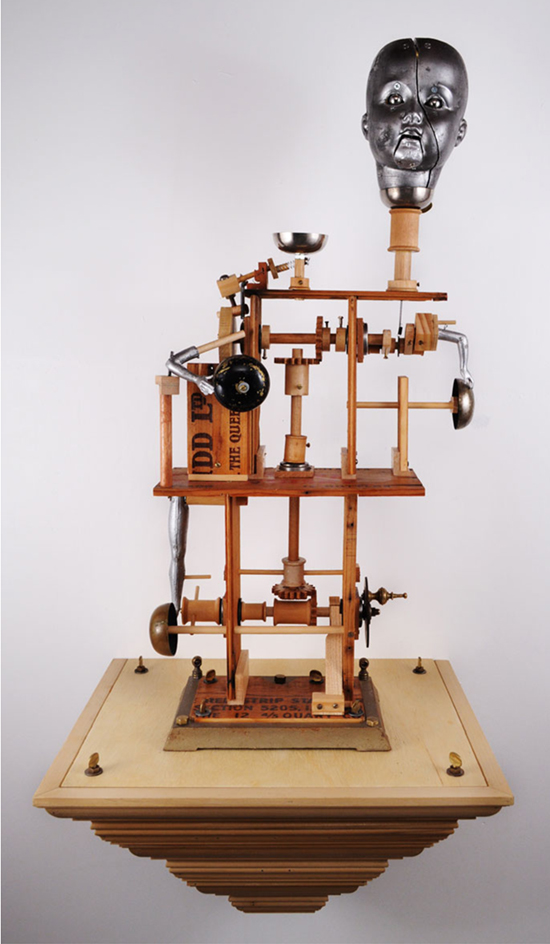 “Exposure is the main idea of the show. Artists gain new audiences by showing their work in other locales, but gaining new audiences in Milwaukee is important too,” he added.

Of the 60 artists awarded during 2013 and 2014, 24 were selected for the exhibition, and use a wide variety of media to address diverse subjects in interesting ways. 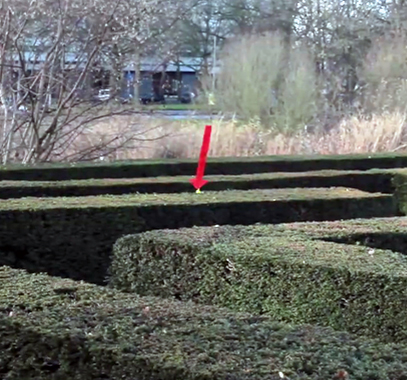 Jenna Knapp ’14 (Integrated Studio Arts) traveled to Amsterdam, Netherlands, for a two-week artist residency at pop-up gallery Kulter. Interested in the complex race relations in America and motivated by the tragic death of Dontre Hamilton in Milwaukee’s Red Arrow Park in 2014, Knapp noticed that public parks in Amsterdam offer areas of concealment while American parks are planned for constant surveillance. To highlight this dichotomy, Knapp recorded herself navigating a public hedge maze while holding a red arrow to simultaneously obscure and expose her presence. 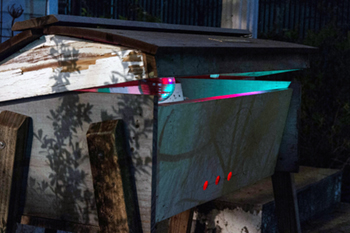 Alec Regan ’10 (Integrated Studio Arts) used the award to travel to Dallas, Texas, for a rigorous collaboration between two artist-run groups: Milwaukee-based American Fantasy Classics and Dallas-based Homeland Security. One piece created during the collaboration is a floating fire-pit raft to be used in the annual “Show Me Your Rafts” project organized by Milwaukee artists John Riepenhoff and Richard Galling (Faculty) as part of Michelle Grabner and Brad Killam’s Great Poor Farm Experiment. 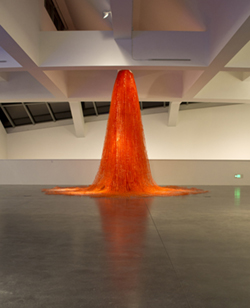 Foundations and Fine Arts faculty Jason S. Yi traveled to the Inside-Out Art Museum in Beijing, China, to create “That Hollow Feeling,” a site-specific sculpture made from plastic fencing, PVC pipes, wood and concrete. While Yi will not recreate the one-of-a-kind sculpture in Milwaukee, the two-dimensional art selected for the exhibit is an evolution of the sculpture through its use of man-made materials to create landscape effects that challenge the viewer’s experience of environments.

“Out of the Suitcase VI” runs August 18 – October 3 in the Frederick Layton Gallery, with an Opening Reception on Friday, September 11, 6 – 8 p.m.