“First Stage’s collaboration with MIAD to create one-of-a-kind illustrations for each of our plays is one we look forward to each year.” Jennifer V. Hubbartt, Marketing and Public Relations Director, First Stage

When Catelin Tindall ’16 began illustrating for “Just a Little Critter Musical,” she understood that sampling original source material would be important to creating recognizable illustrations. Tindall used line qualities and colors taken directly from past Little Critter illustrations and adapted them to create something that was uniquely hers. 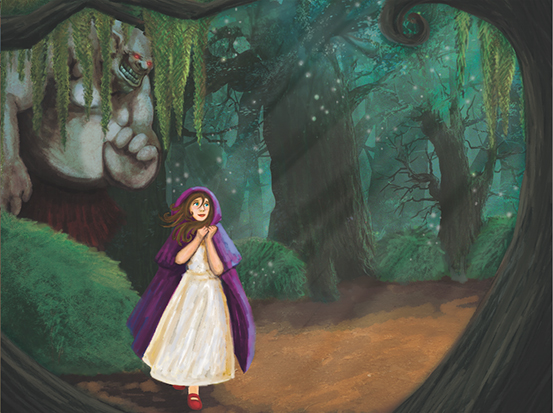 Illustrating for unrecognizable characters but recognizable stories like “Ella Enchanted,” can be equally difficult. Typically, audience members or readers of “Ella Enchanted” are young girls, but Jade Schmidtke ’16 wanted her illustration to appeal to young boys, too. Instead of focusing her illustration exclusively on Ella or the love story that develops, Schmidtke decided to draw a mischievous looking ogre in the background that invites the viewer into Ella’s enchanted world.

Students whose works were selected for the interior are: