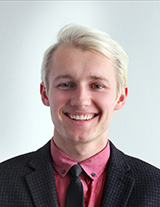 “My grandma faces new challenges everyday with the increasing loss of her independence. It’s my job as a designer to notice those challenges and be a voice for those who can’t speak for themselves.” – Zeke Johnson ’15 (Industrial Design)

Johnson won the 2015 Industrial Designers Society of America (IDSA) Student Merit Award for his thesis project, VIA, and will represent MIAD’s Industrial Design program at the IDSA 2015 Midwest District Design Conference, May 1 – 3, in St. Louis.

VIA is a redesigned seatbelt buckle for users with low hand dexterity, and was inspired by the everyday struggles of Johnson’s grandmother.

Johnson’s seatbelt has a large contact surface, magnetic latches and ambient LED lighting for location in the dark. Johnson explains, “The buckle’s lift release mechanism has been appropriated from an airline seatbelt for a more simplified buckle release.” 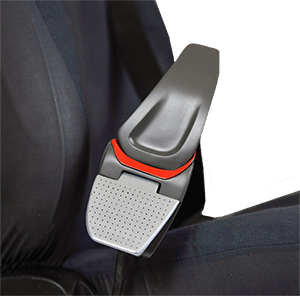 A panel of professionals – including members from General Motors, Shram and Generac – selected VIA, citing the project as in depth, well researched and carefully rendered, with drawings and models of the proposed concept.

One District Student Merit winner will be selected from each of the five regional conferences and honored at the IDSA’s 50th Anniversary International Conference.