“I have, it would seem, an omnivorous curiosity…”

Linnéa Spransy comes from a self-described “very colorful clan” with a strange set of skills, “from wallpapering to jazz singing”. Her first drawing was on an Etch-A-Sketch of human profile; “I was absorbed and knew from that moment on how I ought to spend my life.” Spransy continued to explore and develop her understanding of the human form as a Drawing major at MIAD. 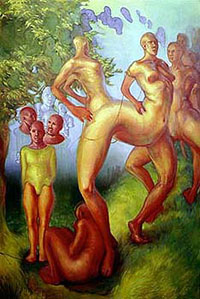 After graduating from MIAD, Spransy completed graduate study at the Yale School of Art. She is now a studio artist, working in “anything that makes a mark frosted mylar and ink, most recently.” Her most memorable showing to date was in China. “Watching such a truly different culture react to my current project was especially fascinating.”

When asked about her future goals, Spransy’s response was simple: “To maintain a vibrant studio life and to share that life and its products in whatever way I can. Till the day die I aim to create… that is my fundamental goal.”

What does Spransy have to say about her current body of work “Tracing Growth”?

“The strange attractions of quantum, chaos, and time theory have pulled me in. Now necessity has led me to invent a method of art-making sensitive to the vaguely mystical twinges of new science. Informed by the architecture of fractal images… which serve as an uncanny segue between the highly abstract and the physically familiar… I now allow structures to build upon themselves and reiterate their own distortions.

In truth, my images grow.” 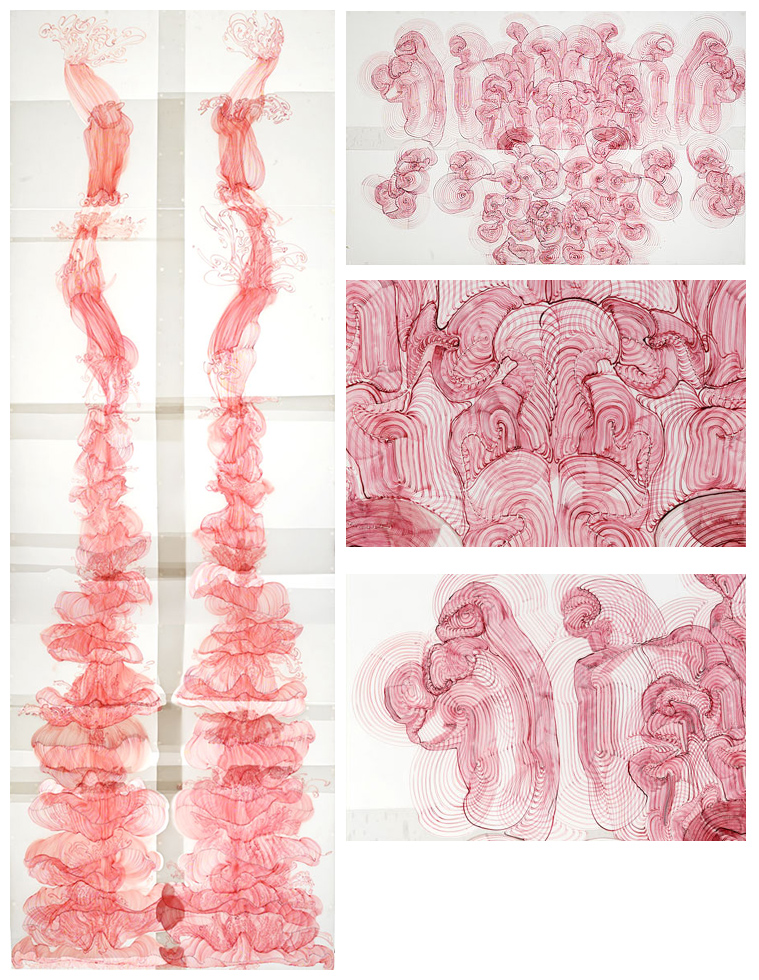