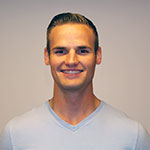 The students were all juniors during the submission process and taught by Senior Professor of Industrial Design Pascal Malassigné, FIDSA.

Ross Stalter’14 placed first in the InterZinc Zinc Challenge for his bow caliper design. The challenge called for using zinc to create a measuring tool that uses and highlights the benefits of zinc.

Stalter said he “stumbled upon a bow caliper,” and wanted to make it more functional. “While using it, you have to push down and then pull, and then take another device and measure between two points. It becomes pretty inefficient, so I thought, ‘Why not just integrate a dial readout on it.'” 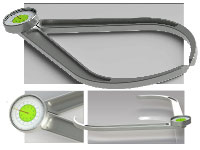 MIAD students also took top honors at the ARM International Student Design Competition. This competition requires a final product to be rotationally molded, but let the designers choose the consumer and type of product.