Are you ready for Giving Tuesday?

Giving Tuesday is today! Join the movement to create a national day of giving at the beginning of the holiday season.

The MIAD scholarships I received have been a tremendous help! Throughout my time at MIAD I have never found myself worrying about tuition payments. The scholarship I received has allowed me to focus my attention on my artistic education!

They saw enough in me to invest in my future. Without the support of these people, I don’t know where I would be right now. They are helping me to achieve my dreams and pursue a higher education, which is more valuable than any monetary amount.

From my earliest moments at MIAD, scholarships shaped my future. As a high school student, I received a scholarship to MIAD’s Pre-College program. I’ve won awards for my design work, had three internships and began my job as Associate Art Director at BVK.

Industrial Design senior Milagros Ramirez spent her summer putting her hard-earned knowledge to good use. Ramirez completed a coveted internship with General Motors after working with the company during the MIAD/GM collaboration last year.

In order to be considered for the internship, students had to be enrolled in MIAD’s Power Sports class and submit a portfolio.  During the internship, Ramirez spent the summer as a Creative Sculptor for GM and was able to do some design work for the company.

“I got to work with extremely talented individuals, they not only taught me how to read a form, but also exposed me to the business, engineering, and design side of things. This helped me understand the importance of each aspect in the creation of the final product,” said Ramirez.

Ramirez’s time at MIAD prepared her with the skills necessary for success in this internship, including a well-rounded understanding of form.

“There are two factors that go into play: two-dimensional and three-dimensional. A sketch describes the desired form through cross sections, lighting, material and cast shadows. It is necessary to understand these in order to form a three dimensional object,” she added.

After completing her successful internship at GM, Ramirez is still forging her future career, advising students to apply for internships that coincide with personal interests and stay open-minded.

“Once you have gained experience within that focus, you will learn whether or not you want to do that for the rest of your life.” 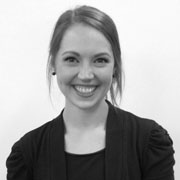 MIAD allows Natalie Quinnies to combine her past passions and experiences; it is where she found her true calling.

She always had a love of math and science, with the goal of someday becoming an engineer, but after a year of mechanical engineering studies at the University of Wisconsin-Milwaukee, she made the switch to graphic design at UW-Whitewater, going on to earn her first Bachelor’s degree.

It was Quinnies’ past experiences that led her to new understandings, “I began to understand the correlation between product and package, that they do not need to fight one another for importance, but can work together to attract the viewer’s eyes and heart.”

This strong desire to enhance the product to package relationship led Quinnies to MIAD in pursuit of her second Bachelor’s degree in Industrial Design, “MIAD not only enables me to leverage knowledge from multiple sources, but continually encourages me to look at design holistically.”

Quinnies hopes to use her knowledge of industrial processes to understand the lifecycle of the product and its packaging, working to minimize manufacturing and aftermarket waste.

“For when we are designing a new product, we are also responsible for the life space of the creation,” said Quinnies.

New Studio Practice (NSP) senior Kevin Wrencher found freedom to explore himself, and his art, through the newly created NSP major, “I just wanted to make work I felt strongly about, New Studio Practice allowed me to do this,” added Wrencher.

It is this ability to explore fine art in its various forms that drew Wrencher in, “I was a Communication Design major at MIAD, but kept finding myself wandering into the third floor fine arts hallway, I had one foot in fine arts and another in design; my mind was torn between the two disciplines,” said Wrencher.

Wrencher was heavily involved in the arts after taking an accelerated visual arts course in high school. He developed an interest in design and advertising, which is what initially led him to MIAD, “When I came for a tour of MIAD, I was extremely excited about the work that was displayed on walls.”

He was especially excited about the book cover designs created by illustration majors, adding, “what really made me choose MIAD was those book covers!”

It was after the sudden death of his mother during his sophomore year at MIAD that he decided to change his major to NSP, “After her death I really wanted a way to express myself and my grief. This led me to invest my last few years at MIAD in the NSP major and talking about my complicated past with my mom,” said Wrencher.

Wrencher’s work has been recognized outside of MIAD’s walls as one of the National Young Arts Winners in Visual Arts. This allowed him to spend a week in Miami during winter break, where he met amazing young artists from around the country, and some professional ones too.

Wrencher was also chosen as one of four artists who were awarded a 10-week solo show at Walker’s Point Center for the Arts in fall 2014. The show, ‘The Story of A Shadow Boy,’ was on view in the summer of 2015.

“I displayed a sample of my newest completed works that were created towards the end of my junior year at MIAD. It explored self-identity and self-realization using mixed media of intaglio and fabric, displayed as a large mural painting that caked the walls of the gallery,” said Wrencher.

In addition, Wrencher assisted Milwaukee artist Reggie Baylor in designing his newest coloring book last spring, and he is currently a design intern at a Milwaukee advertising agency.

Wrencher is in the process of starting a multicultural club here at MIAD,  “The club will be designed to give a voice to underrepresented students of color and individuals who come from culturally rich backgrounds,” he added.

After MIAD, Wrencher hopes to attend graduate school, or possibly pursue a career in advertising and design in his hometown of Chicago.

When the school year ended in May, Emily Ebert ’15 (Communication Design) planned to update her portfolio over the summer to include her most recent semester’s worth of work.

An incentive to do so came swiftly in the form of the AIGA Wisconsin Student Excellence Awards, which identify chapter’s student members who exude “excellence in design ability and commitment to the design community.”

The deadline was June 5 – one short month after classes ended. “It gave me a reason to stay on top of my portfolio and reflect on my accomplishments and contributions in the past few years,” said Ebert, “regardless if I won or not.”

For Ebert, the process of going through her work and reflecting was a driving factor behind submitting to the Excellence Awards. Being named the First Place winner was a bonus.

“I learned more about myself as a designer. During the submission process, and even after receiving the award, I tried to look at myself and my work from a third party perspective.”

Part of the submission process – an essay – allowed Ebert to reflect on her contributions to the design community as President of the AIGA MIAD Student Chapter, for which she is planning on returning as president for her senior year.

Ebert said the feedback she received from her peers, faculty and internship mentors while making her work helped contribute to her comprehensive portfolio. “I feel very fortunate to have such a strong support system doing what I love. I’m surrounded by people who are just as passionate as I am about what we do.”

Studio Practice (NSP) junior Emma Ponath, art runs in the family, but it was her participation in the Advanced Portfolio Concepts course in MIAD’s Pre-College program that solidified her decision to attend an art college.

Ponath latched on to the arts program at West Bend East High School, participating in many exhibitions. But she has always been dedicated to her love of English and math, “I thought that choosing between a traditional college and an arts college meant choosing between academics and art, but MIAD showed me that an arts education is just as much about thinking as it is about making.”

At MIAD, the NSP major was a clear choice for Ponath, as it allows her to explore art as a multi-disciplinary practice. As an artist who tends to blur the lines between mediums, NSP was the perfect fit.

Outside of her studies, Ponath works as an admissions office assistant, a gallery assistant and as a mentor at freshman orientation. “These positions have allowed me to really see the inner workings of MIAD as an institution, and have given me resources and networking opportunities throughout the school,” she added.

Ponath also had the opportunity to explore her interest in curation through solo-curating an exhibition at the Borg Ward in Spring 2015. The one-day, pop-up gallery included live music, free cello lessons and a market where artists could sell their work.

This experience helped to solidify her passion for curation. She is not sure of her exact path after graduation, but knows whatever happens it will be centered on curation and her studio practice.

Whether Ponath works at a museum or runs her own gallery, the constants in her plan remain the same, and include, “Involvement with the community, a healthy artistic practice where I will continue producing art and exploring ideas, and constant collaboration with other artists, getting involved with their work and getting them involved with mine.”

Ponath is grateful for the Wisconsin Tuition Grant and the financial aid she received, “They saw enough in me to invest in my future. Without the support of these people, I don’t know where I would be right now. They are helping me to achieve my dreams and pursue a higher education, which is more valuable than any monetary amount.”