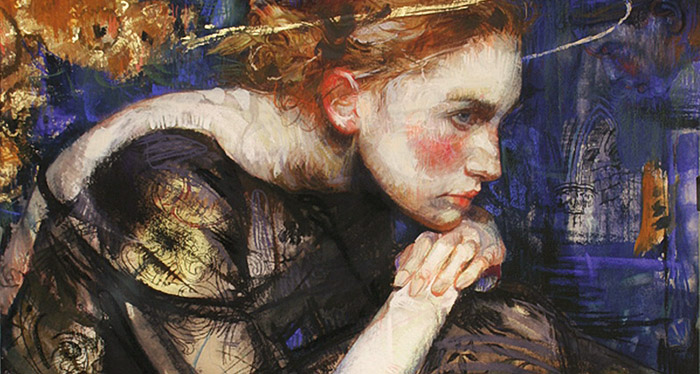 “When I was seven I wanted to be a pro football player. When I was in third grade, I knew I would be an artist.”

Charles Dwyer is a self-described self-employed artist and photographer, a father, and a “trash-talking bowler”. His Drawing degree has taken him far from restoring Notre Dame’s golden-domed Administration Building to solo shows in New York, California, Chicago, and Europe. “MIAD helped me develop self-discipline and time management skills. I loved college.” 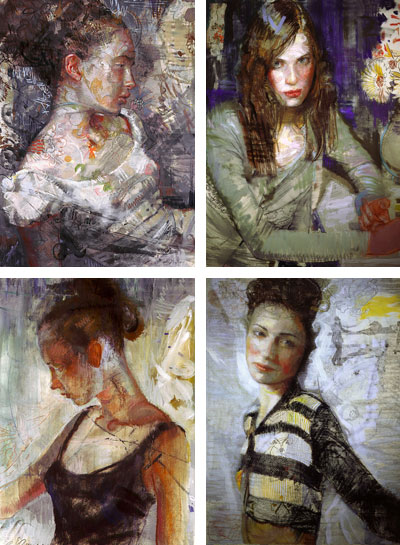 Immediately after leaving MIAD, Dwyer’s reputation grew quickly with a solo show at the West Bend Art Museum. From there he backpacked through Europe, drawing inspiration from the landscape, people, and history of many of the countries. Dwyer returned to Wisconsin to take a position with the restoration company, Conrad Schmitt Studios. In 1992, Dwyer’s first solo exhibition in New York sold out.

Influenced by Impressionism and Expressionism, Dwyer layers media and materials to create tactile expressions of the female figure. Skilled in many creative processes, drawing remains at the heart of his work. “Drawing is the foundation of everything,” says Dwyer. “It’s kind of primal.” His current work is made “from everything and anything, oil, pastel, collage, photography, textiles, computer imagery.”

And if Dwyer could have one wish: “I’d like to have every household own something original, by an artist of its choice.” 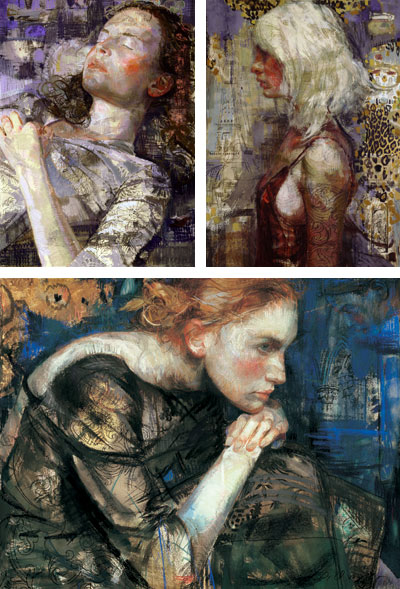 More than ten years ago, Dwyer began a friendship with Gary Pollack. Pollack, a homeless man nearly twenty years older than Dwyer, struggled with alcoholism and mental illness. The two began a collaboration that spanned a number of years and culminated in forty works of art, including these “Lucky Strike” images.

You can read more about Dwyer and Pollack’s collaboration at Wisconsin Academy.