Fifteen alumni whose works span the media of painting, pastels, furniture, fiber art and illustration, are showing at the MIAD 2012 Juried Alumni Exhibition March 23 – May 29 at Arts Mill in Grafton. All of the artists, both emerging and established, have exhibited widely in individual and group exhibitions.

Lisa Brobst ’98, former co-owner of Artpost Gallery & Studios where she began exhibiting her furniture and fiber art, currently shows her custom furniture at Frank Allen Gallery in Glendale, Wisconsin. Brobst has been in numerous exhibitions throughout the state.

Joseph Bruns ’08, art teacher in the Whitnall School District, has spent much time in art education, working with a non-project organization to create art in inner-city public schools and continuously working with students to engage and analyze the visual culture around them.

Kari Couture ’04, community arts specialist with Milwaukee Public Schools Division of Recreation and Community Service, has shown at juried exhibitions, including in 2011 RedLine and Pulp Possibilities, The Thin Line Between Love and Hate in 2010 at Jazz Gallery, and invitational exhibitions at Impromptu Gallery in 2009 and St. John’s on the Lake Gallery in 2009.

Daniel Fleming ’10, Artist/Instructor at SPLASH Studios, Member of Gallery 218 and Writer/Artist for Marion Art Blog, has shown at the MIAD 2011 Alumni Show, Fifth Annual Emerging Artist Exhibition and SPLASH Studios Till Death Do Us Part 2012 Collaboration. Fleming also sits on the 2012 MARN Board of Directors.

David Kasir ’01‘s exhibitions include “Trust, Truth, Transition” in 2008 at the Racine Arts Council and “Chaos and Nurture” in Chicago in 2005. Kasir has also appeared in the Fall 2007 issue of Info Magazine and on “Optical Delusions,” which aired on PBS February 12, 2012.

Amber Krueger ’11 participated in the 53 Hour Painting Show in 2011 at Green Gallery West, the Intimate Page at Portrait Society Gallery in 2010 and at the 2009 MIAD Juried Foundations Exhibit.

Steven Lubahn ’94 has shown in several solo, group and juried exhibitions and was awarded the 2008 Wisconsin Arts Board Fellowship. Lubahn has also been featured in the Milwaukee Journal Sentinel in 1998 and 2007, the Shepherd Express in 2007 and the Spring 2009 issue of Wisconsin People and Ideas. 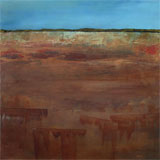 Deb Mortl ’90 has shown at Fine Line Gallery in Ephraim, Wisconsin, Lemon Street Gallery in Kenosha and Anna’s Moroccan in Sanibel Island, Florida. Mortl also has received numerous awards, including Best in Show at the “Best of 2006” show at Artpost Gallery in Grafton, an award in 2008 at an Invitational Show in Madison at WEA Gallery and three awards from juried shows at the Cedarburg Cultural Center.

Nirmal Raja ’08, second place winner at Wisconsin Artist’s Biennial in July 2011, has participated in multiple shows, including a mentor/mentee show at the Milwaukee Art Museum in 2007, “Erasing Borders 2011” in New York City and at the Racine Arts Council in 2010 for “Burn Baby Burn.”

Matthew Reilly ’84, self-employed carpenter and artist, specializes in inventive solutions and incorporating the old into the new through quality carpentry and creative designs. Reilly has completed many home renovations and assisted in the renovation of the historic Grafton Arts Mill building.

Valorie Schleicher ’01, honored in 2009 by the State of Wisconsin as one of Wisconsin’s 412 Cultural Assets, has shown in several exhibitions and received awards including being named as one of the 75 Most Influential Women in Milwaukee in 2006 by Art City and winning the Channel 10 Great Art Auction Juried Art Award Strong Woman Series in 2010 and 2011.

Michael Waraksa ’88, freelance illustrator for 20 years, has worked for clients such as TIME Magazine, Las Vegas Life, Nickelodeon Magazine and Milwaukee Magazine. Waraksa has also won multiple awards, including First Place for Best Illustration at the Excellence in Wisconsin Journalism awards in 2009 and 2010.