Spring is a time of renewal and rebirth, so it’s fitting that the MIAD chapter of Alpha Lambda Delta (ALD) recently held its spring induction. 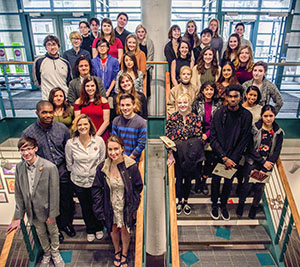 On March 26, MIAD’s chapter welcomed 51 new members and two honorary members into the honors society, bringing its membership to 99 students and six honorary faculty and staff members. Students who earn a grade point average of at least 3.5 in their first semester as a full-time student are eligible.

So far in this academic year, MIAD ALD has created the Art Swap and Bake Sale on campus to both raise money and get people to share their art with one other. They have also volunteered at a local Boys and Girls Club, and look forward to participating in the Spring River Cleanup later this month. 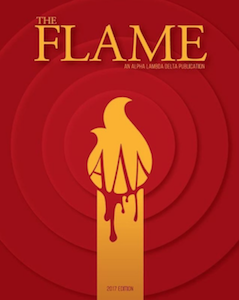 Ana Villarama ’19 (Communication Design) also had the opportunity to design the cover of ALD’s national annual magazine. She’s excited for ALD to have an even greater impact on campus going forward.

“We’re really trying to make sure that all students have the support system and encouragement needed to succeed in school.”

When installing MIAD’s chapter in September 2016, Chapter advisor Michelle Kampa was “confident that there would be students interested in joining an organization that supports and encourages academic excellence, not to mention focuses on serving others and becoming positive citizens of the community.”